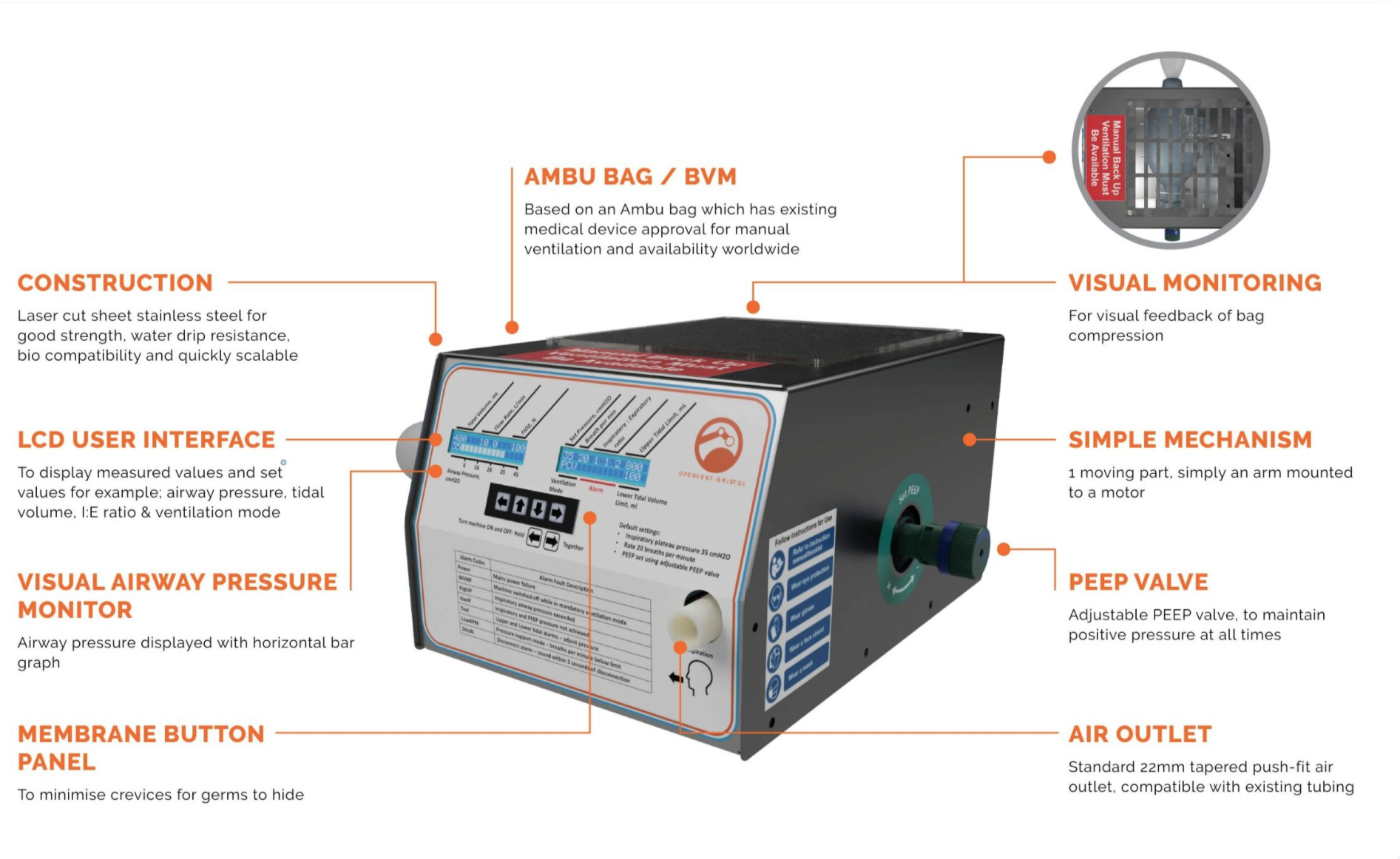 A MDX alumnus has developed a ventilator using simple technology which is suitable for treating Covid-19 victims in under-resourced countries and in crisis situations.

Darren Lewis, who studied BSc Engineering at MDX and went to work at Dyson, most recently in the New Concepts team, heard about the UK’s Ventilator Challenge in the early stages of tackling the pandemic.

“I thought what was needed was a device that was as simple as possible, using readily available parts while meeting requirements” he says. His ambition was to create “something that can be manufactured anywhere in the world. You can’t design anything from scratch with any complexity as that will slow down development”. He brought together a team of volunteers as OpenVent-Bristol: https://openventbristol.co.uk 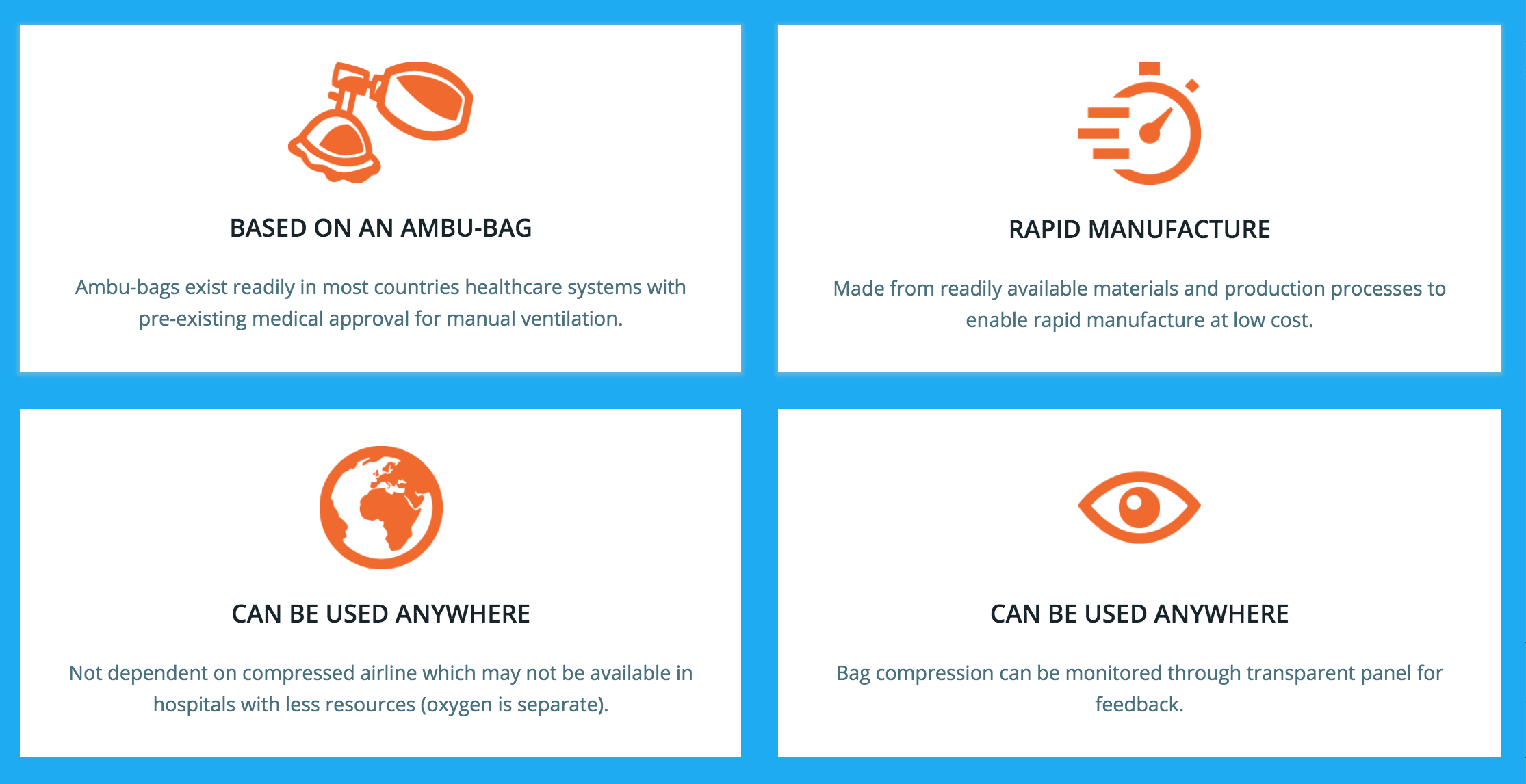 The design is based on an Ambu bag/BVM bag resuscitator (which is cheap and already medically certified for manual ventilation), activated by a mechanical arm powered by a motor. It has a battery back-up to keep operating when mains power is cut. The prototype was first trialled on a test lung at the National Physical Laboratory in May. 24/7 life tests were conducted earlier in the summer, and the team is now working on perfecting the design for final testing in a few weeks.

Volunteer engineering incubator Helpful Engineering, which formed in March in response to the crisis and now has around 2500 active members in 20 countries, backed Darren’s team’s design over an in-house alternative.
Working swiftly and decisively, in the style of pre-existing Engineers Without Borders networks, “we saw Darren’s solution was working better and faster, so we went in to support him” says Helpful’s ventilator lead, Tim Artz. They were also particularly impressed with the openness of Darren’s approach.
The project is seeking Emergency Use Authorisation from the US FDA (Food and Drug Administration) with the help of regulatory and legal experts in Helpful’s network. Once over this hurdle, the device could be fast-tracked for clearance by other countries.

Helpful Engineering is engaged with local groups in Latin America around possible take-up for the ventilator, and OpenVent Bristol has had direct interest in the design from people in different countries. Helpful is running projects to develop various types of ventilator and other medical devices such as oxygen concentrators, and it has shipped hundreds of thousands of facemasks to hospitals.

“The OpenVent-Bristol design is simple to use and has a good battery life which allows the patient to be transferred between facilities” says Dr Emilio Garcia, Consultant in Intensive Care Medicine and Anaesthesia at the James Cook University Hospital, Middlesbrough and a medical advisor to the project. “Its adaptive modes allow spontaneous breathing at all times and it can be pressure limited, making lung protection simple. Whereas it is not a substitute for a more sophisticated ventilator, it can become invaluable in places where there is a crisis and a lack of equipment”.

“The OpenVent-Bristol design ventilator may help us avoid these difficult decisions…regarding who should get the privilege of being mechanically ventilated and instead allow for the standard of care to be unchanged” Daniel Stemen, Manager of Respiratory Care and Interventional Pulmonary Services at the University of Southern California’s Keck Medical Centre, who is also advising OpenVent-Bristol. “A key stand-out feature of OpenVent is that it has a simple spontaneous mode of ventilation, which aids in the weaning process and allows healthcare workers to liberate patients from the machines in the normal way. I have not seen this type of logic built into the other COVID response simple vent designs. Bravo!”

OpenVent-Bristol’s mechanical engineering lead Ross Goodwin, an Oxford Brookes and Huddersfield graduate who is also a colleague of Darren’s at Dyson, says the project is “the most impressive thing I’ve been involved with – we’ve learned a lot, talking to doctors, software engineers, people I wouldn’t normally talk to. Everyone’s together, sharing ideas”. He adds that Darren has been “unbelievably impressive – not just from the engineering perspective but all the contacts he’s managed”.

“Darren’s extensive practice and experience as a designer and engineer lent well to responding to the technical challenges that arose in the pandemic, understanding context, and innovating meaningfully with due consideration to both people and technology” says MDX Lecturer in Product Design Ahmed Patel. “This exemplifies the MDX Product Design ethos, responding to pertinent problems with a hands-on approach, embracing the uncertainty and complexity, and delivering outcomes that are robust, validated, and work!”

“I have been following Darren’s project and exchanged a few ideas when he first put it up on LinkedIn for comment” says Professor Mehmet Karamanoglu, Head of Department of Design Engineering and Mathematics at MDX. “I am delighted that his solution is well received. Its simplicity and effectiveness make it attractive – also being an open design is a big plus, showing Darren’s passion to help everyone in these difficult times”

Early in his career, Darren was known as “the bridge,” since he spanned design engineering and electronics teams with his mechatronics skills acquired at MDX. It was also at MDX where he learned the habit of trying to find a simple way to solve a complicated problem, he says. The experience “unlocked so many doors. If I hadn’t done that, I wouldn’t be where I am now”.

For nearly 140 years Middlesex University London has been home to innovators and change-makers. We are a progressive London university that puts our students first and provides expert teaching informed by inspiring research and practice.

We boast a diverse, multinational and multicultural community of 19,400 students from 144 different countries based at our modern north London campus. We also have campuses in Dubai, Mauritius and Malta, bringing our total number of students to almost 37,000 and staff over 1,900. Middlesex University London generates more than £300 million a year for the Barnet economy, supporting some 4,000 local jobs.

A university for skills, we work with employers to make sure that what our students learn is what employers need, and we strive to transform the lives of our students so that they have an excellent experience while they are with us, and a solid foundation for inspiring careers when they leave us.

For more information go to www.mdx.ac.uk

Join our Helpful Engineering Slack community at Volunteer and see the channel #project-open-vent-bristol.

The designs in this article are presented As-Is. The goal is to present designs that can foster further discussion and be utilized in countries that permit this product. These are not finalized designs and do not represent certification from any country. You accept responsibility and release Helpful Engineering from liability for the manufacture or use of this product. This design was created in response to the announcement on March 10, 2020, from the HHS.  Secretary of the Department of Health and Human Services (HHS) who issued a declaration pursuant to the Public Readiness and Emergency Preparedness (PREP) Act. 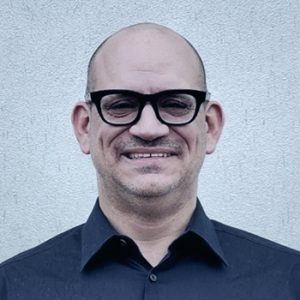 Hello, HELPFUL Community! Your C-Team wants to share what everyone has been doing to advance HELPFUL!   First up – Project Diversification! 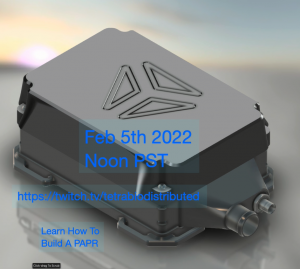 Build your own Powered Air-Purifying Respirator 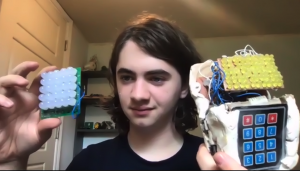 By Marie Kalliney, Sasha Evers, and Jelena Ivanjac The COVID-19 pandemic has surfaced clear examples of why organizations are better off cooperating